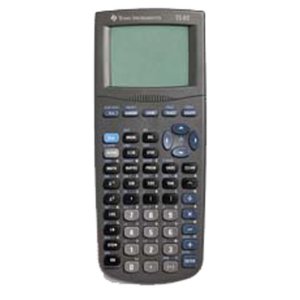 One of the longest running calculators of all time is the Texas Instruments TI-82. The TI-82 has been around since 1993 and has been so popular that Texas Instruments has continued to add features and upgrade it to the TI-83, TI-83 plus, and finally TI-84 plus. I felt like it was time to do a TI-82 review since there’s a lot of confusion out there about this calculator compared to the later calculators like the TI-83. I’ve seen it from both sides. When I was a high school student, the TI-82 was just breaking onto the scene. Now, as a teacher, my school has classroom sets of this graphing calculator. My TI-82 review follows:

Who Is the TI-82 Designed For?

The TI-82 was originally designed as an all-purpose graphing calculator. You would have seen high school students using it in any class from first year algebra through calculus. Nowadays, this is a budget model. Texas Instruments has released a more impressive calculators since 1993, but the TI-82 is still out there. It’s most popular with students who are trying to save money because they’ve only got one or two math classes to take that require a graphing calculator. It’s popular in high school with students not planning to take calculus and university students enrolled in classes like college algebra or trigonometry.

It’s a classic. This was one of Texas Instruments’ first breakout hits of a graphing calculator. The early 90’s was one of the first times that the general student population had access to calculators that could graph, perform operations on matrices, solve for intercepts of functions, program on their calculators, and much more. It changed the way people thought about calculators in the classroom. For the first time, a calculator became more than a number cruncher. It gave students the opportunity to conceptualize problems in a new way. Virtually all math curriculum today talk about understanding mathematics “graphically, numerically, and analytically,” in large part because of the revolution the TI-82 (and others like it) launched.

After the TI-82, Texas Instruments released the TI-83 (later updated to today’s TI-83 plus). Sometimes I get asked what’s the difference between the TI-82 vs. the TI-83 Plus. Admittedly, they are very similar at first glance. Button layout, display, a menus are all almost the same. However, the TI-83 plus has some big advantages over the TI-82. It’s screen has a better contrast and is easier to read. It has additional math features. The features the TI-82 lacks in that I run into most often involve graphing, matrices, and degrees-minutes-seconds for trig. You can still get by with the TI-82, but it is frustrating when you need one of those features and it’s not there.

The TI-83 plus also has flash memory, which the TI-82 does not. That means you can upgrade the operating system and apps. Some of those apps are a big advantage whether you are taking calculus or testing on the ACT or SAT.

I like the TI-82, but it’s not a modern calculator any more. It’s still popular with collectors and students trying to save a few dollars. However, unless you are into the “classics” (and many people are), there are better choices for today’s students and teachers. In terms of my TI-82 advice, here are a few options to consider: