And Then There Were Two? 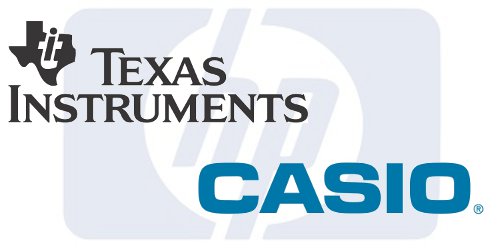 Will an HP exit leave TI and Casio as the last graphing calculator makers?

Last week’s announcement that HP was shutting down WebOS may have significant consequences in the mathematics community. The original shock was that the TouchPad has been eliminated from HP’s plans just a couple of months after its launch, with a national advertising campaign still going on (at least as of this weekend). But read beyond the headlines at all, and you’ll realize that this announcement was far more significant. HP is planning to part ways from its entire consumer product division. That means printers, computers, and, yes, calculators.

With Sharp having left the graphing calculator market around a decade ago, that could potentially leave big shot Texas Instruments and reinvigorated Casio as the only major graphing calculator manufacturers. While HP doesn’t seem to have the loyalists in the educational community of either of those two, HP calculators do enjoy a cult-like following among certain segments of the financial and engineering populations. I’ve also rarely found less competition to be a good thing for consumers.

On the other hand, the demise of HP calculators is far from certain. HP has actually only promised to “spin off” is consumer products, according to numerous reports. That could mean looking for a buyer for the division. Engadget is reporting that WebOS isn’t even necessarily dead (although I’m not holding my breath).

Probably most encouraging, on Saturday, HP employee and calculator guru Tim Wessman posted to hpmuseum.org with his thoughts on the future of HP calculators. While Wessman was clear to say that his post is not an official announcement from HP, he probably has a better handle on the situation than anyone else we are likely to hear from any time soon.

Wessman’s post reveals the uncertainty those inside the calculator division at HP feel about the future of the division. However, there seems to be some cautious optimism that as a result of this change,  HP calculators might find a better fit elsewhere. It sounds like HP has not known what to do with their calculator division for a while, something I’ve read critics charge on forums and Amazon reviews for some time. There won’t be any decisions made on the future of HP calculators for some time. No doubt, this is going to be an uncomfortable period of “wait and see” for both the employees and fans of the devices alike.