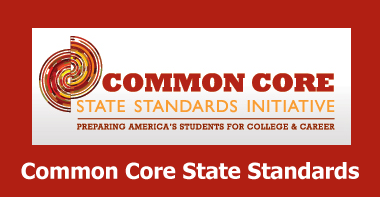 Today’s the first chance I’ve really had to sit down and process all that I heard and saw at the ICTM annual meeting in Peoria. One of the most interesting talks I heard during my time at the conference was given my Zalman Usiskin of the University of Chicago. Usiskin was the closing keynote speaker, and he delivered a fairly tough critique of the Common Core State Standards, and probably even harsher review of the PARCC (Partnership for the Assessment of Readiness for College and Careers) assessment that will be used to assess CCSS in about 20 states including Illinois.

While I’ve certainly heard critiques of the CCSS before, most of them have come either from politicians or ill-informed members of the general public, who are fairly certain that the CCSS were passed by Congress as a provision of Obamacare (and not something that states opted into on an individual basis with no mandate from Washington). Usiskin, on the other hand, is a longtime academic at the University of Chicago and has received a lifetime achievement award from NCTM, according to his Wikipedia entry.

The title of Usiskin’s talk: What Changes Should Be Made for the Next Edition of the Common Core Standards? seemed unassuming enough. However, by the time Usiskin said, “President Obama calls for innovation in education, but the Common Core stifles innovation,” about 20 minutes into his presentation, it had long since become clear he would not be pulling any punches. In fact, much of the criticism Usiskin laid out at ICTM against the CCSS standards can be found in a talk he gave at the NCTM national convention in Indianapolis in 2011.

While I applaud what I see as the main goals of the CCSS, consistency among curricula of individual school districts and states, a more student-based approach to learning, and an emphasis on higher order thinking, Usiskin raised some excellent criticisms of the CCSS that can’t be ignored. Here are some of the highlights of his argument.

Criticism of the Process

Usiskin raised a number of problems with the entire process that brought us the CCSS. We are in the process of a nation wide implemenation of curriculum that has not been thoroughly piloted. As there is no single entity at the helm of math and science education in the United States, there is no one group that can lead the revision process (and in fact, almost no one is discussing the possibility of a revision process). Usiskin says that NCTM is the natural group to take leadership of the CCSS and the needed revisions, and he hopes they will do so.

Additionally, Usiskin proposed Japan as a model for piloting, revising, and implementing a national curriculum. In Japan, the mathematics curriculum is revised every 10 years, which allows time for discussion of new ideas, to pilot proposed changes, and to finally adopt the agreed upon revisions.

Usiskin had a number of criticisms of the content of the CCSS, but two stood out to me. The first was the unevenness of the curriculum. Some grade levels have an inordinate amount of content packed into them. Sixth grade is the one that Usiskin referenced both Friday and in his 2011 talk at NCTM.

Usiskin also took issue with the CCSS because they seem to have an underlying principle that the best mathematics for students to learn is the mathematics that prepares them to be a math major. Wouldn’t it make more sense for the “core” in Common Core, he said, to have meaning to all students?

Criticism of the Role of Technology

While language throughout the CCSS seems to embrace the use of technology, Usiskin points out that the substance of the standards doesn’t back up the references to technology. In fact, there is a strong emphasis on paper and pencil algorithmic work, for example, with very long decimals, to the exclusion of technology use in many cases. Usiskin argued that this is simply not how adults in the work force are doing their computations today, and that the standards should not overemphasized paper and pencil computations in this way. Instead, students should learn to “use technology to do mathematics, not just deliver it.”

Criticism of the Assessment

The problems with the CCSS, Usiskin argued, are going to exacerbated by problems with a bad assessment, the PARCC test, which he says will be disastrous. Some of his harshest criticism was leveled at this test, which my home state of Illinois will be using, along with about 20 others.

Usiskin’s biggest problem with PARCC, is that it is shaping up to be much too difficult. He showed a sample PARCC problem that’s been released for public consumption. Then he showed an similar problem (albeit a much simpler version of the problem, to be honest) from a famous study of college students. Only 63% of calculus college students got the problem correct in the study. What grade level test has PARCC assigned the more difficult version of the problem that Usiskin showed us? Sixth grade.

“The questions on a Common Core test should be core questions, not tricks or contest problems.”–Zalman Usiskin

We’re Only a Year Away

Despite a number of unanswered questions, the PARCC assessment, and its alternative Smarter Balanced, launch in 2014-15. Usiskin says that the bar has been set at a height where we are going to see most students fail, and that this is unfortunate because there’s a danger that everyone is going to miss a larger trend; American students are making significant, measurable gains in mathematics performance over the last 20 years. The ACT, the SAT, the AP tests all have larger numbers of students taking them, and yet the math scores on those tests are up, not down as you might expect with a larger pool of test takers. The international NAEP test also shows improvement by American students.

Usiskin’s talk left me with a lot to think about. It came at a time when I sense a growing skepticism among my colleagues about the CCSS, a peer group which originally greeted them with great enthusiasm. I hope to squeeze in at least a short wrap up post on ICTM this week, and if I do, I’ll have a few more thoughts on PARCC and the CCSS at that time.