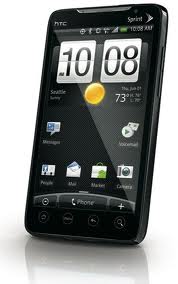 The Samsung Galaxy S,  Droid X, MyTouch 3G Slide, Evo 4, the list goes on and on.  Many of the hottest smartphones on the market today run on Google’s Android OS.  With each new device released for Android, the buzz about the system grows.

A quick search of “calculator” on the Android Market returned about a thousand results, far than most people would like to sort through.  You’ll find dozens of tip calculators, BMI calculators, mortgage calculators, love calculators, and more that are probably not what you are looking for.  Luckily for you, I’ve done the hard work of searching through all of those apps for you and found these 6 worthy of your consideration. 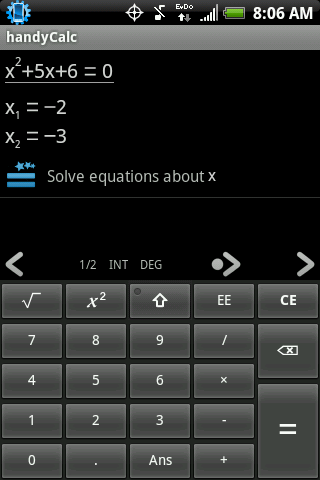 HandyCalc Calculator is my choice for the top calculator available on Android today.  This app give you a lot of the basic functionality of a TI-84, including all scientific calculator capabilities, graphing, and the ability to solve systems of equations.  Answers can be returned in fraction and radical form or converted to decimals.  There are also simple copy and paste capabilities, something that should be available in more apps.  The app even comes with a demo doc and a link to a video tutorial. There’s a lot to like here, and even if it’s not perfect, it comes as close as anything I’ve seen.

Cons:  Missing features of a typical grapher such as max/min, intercepts, etc.; swiping between keypads presses buttons and feels awkward; two different “equals” buttons (which perform different functions) can be a bit confusing. 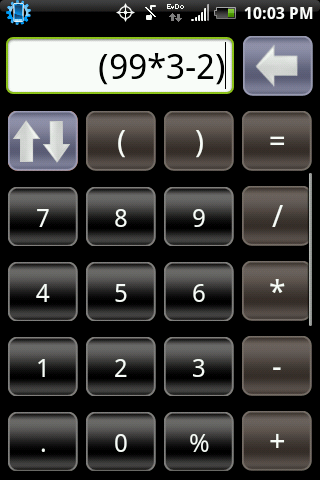 Scientific Calculator had the nicest UI of any calculator app I reviewed. Buttons are attractive, with a nice top-lit effect, and a good size, making them easy to press. A flick scroll or double arrow button allows you to easily access scientific functions.  The calculator does feature some basic graphing capabilities. This calculator comes very close to 2-line functionality. You can enter an entire calculation before pressing enter. Then you can return to previous calculations by long pressing the input area. There are more powerful apps on this list, but UI is important in an Android app, and Scientific Calculator has a great one

Cons:  Graphing functions limited; comments in the market indicate some users confused by lack of +/- button, although I found this easy to work around. 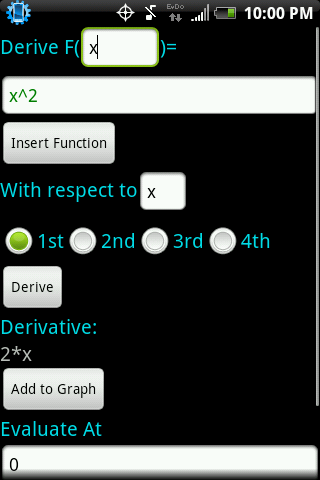 A fantastic calculator app for calculus students is Calculus Tools. As its name implies, this app is focused almost exclusively on calculus, so it’s not for everyone. The app can find integrals as well derivatives up to the fourth degree, both algebraically as well as with with defined limits. It also has the ability to help you solve problems involving arc length, surface area, and Taylor series. Your results can also be graphed. The app also contains a pretty extensive list of formulas that calculus students have to memorize. The only real drawbacks with this app are that its scientific calculator mode is still in beta and fairly limited, and that all inputing must be done with your default keyboard.

Cons:  Scientific calculator features still in beta, must use default keyboard instead of a custom math UI

UPDATE: A math keyboard was added in an upgrade to Calculus Tools 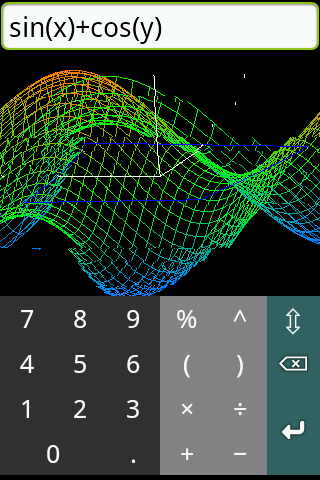 Arity Calculator has a far different UI and capabilities from the other apps on this list.  If you are looking for a good 3D grapher, this is it. You have the option to graph in either 2D or 3D, and simply pressing enter will take you to a clear prompt but will save your equation where it can easily be tapped if you need it later. I’d find it hard to recommend this calculator to a novice, but it’s sharp 3D features will definitely appeal to many users.  Arity is also an open source app.

Cons:  Almost all commands (such as sin, cos, tan) have to be typed out; although you can navigate graphs and zoom in and out, there is no way to trace, find intercepts, etc. 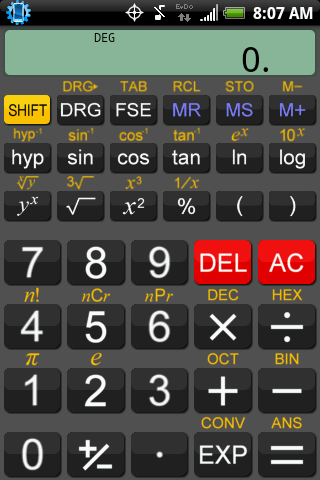 If you’re looking for something comparable to a TI-30 (one line), the RealCalc Scientific Calc fits the bill. It’s free, fast, and offers all the functionality of a standard scientific calculator.  It also features an excellent help menu for new users. The UI isn’t exactly the sexiest, but I am sure some will appreciate how much it authentically looks like a retro calculator. Although I’d have preferred to see an authentic two line display, the developer has provided a previous answer feature, which can be set to retrieve numerous previous results.

Pros:  Free, fast, simple to use, offers functionality of a standard scientific calculator, Reverse Polish Notation option will appeal to some

Cons:  One-line calculator interface, no graphing options, retro UI straight out of 1985 will not be for everyone

Like many Android apps, Calc+ is available both in free and paid versions. The free version gets you the features you expect in a scientific calculator. The paid version offers the additional functionality of haptic feedback (vibrate) and unit conversions. In a clever UI decision the developer allows users to switch between a simple calculator and scientific mode by rotating rotating from portrait to landscape mode. The design is minimalistic, yet attractive. The biggest drawback to Calc+ is no ability to change from its default mode of radians into degrees.

If this post has caught you’re interest, and you’re in the market for a stand alone calculator, check out my post on the Best Graphing Calculators for School.