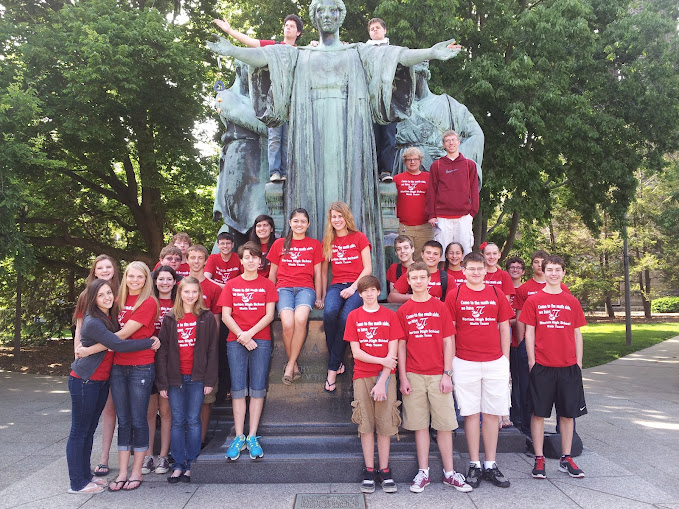 The pace of my posts on TPM has slowed the last couple of weeks. There are multiple reasons for that, including other internet projects I’m working on, but the main reason has been I’ve been very focused on something special I’ve been doing at school.

I don’t often post in specifics about my day job at Morton on here, but on Saturday something happened that was so exciting that I can’t pass it up. In addition to being a math teacher at my school, I’ve also coached a variety of activities through the years: volleyball, WYSE, chess team, and what has become my favorite, the math team. On Saturday, my students turned in an amazing performance at the Illinois State Math Team Championships to win the school’s first ever state title.

Since we took over in 2006-07, my assistant coach Joel Zehr and I have been striving to help our team catch up to a very dominant squad, the team from the University of Chicago Lab School. Just to gain admittance to that school, students pass through a rigorous admissions process and their families pay nearly $30,000 a year to send them there. Of course, the school also has the backing of one of top universities in the world, the University of Chicago. This is not only one of the best schools in the state, but in the entire country.

By contrast, our little public school in the middle of a Central Illinois cornfield is a pretty humble setting even within our own conference, despite the fact that we are generally considered one of the better “downstate schools” (those outside the sphere of Chicago and its suburbs).

UC Lab had won every single state title since Joel and I started working together, some of them by extremely wide margins, for a total of 5 consecutive state championships. Before that, another selective admission school from Chicago, Walter Payton College Prep, had won the title 3 times in a row. Needless to say, it’s hard for the “little guy” to compete in this activity. That said, we knew based on the scores in the state qualifying round back in February that we had a chance. Our result there ranked #2, just 3 points out of first.

Our goal on Saturday was clear: attempt to stay close to even in round 1, the individual round, which is usually worth a little over half the points. Then take a strong lead in the round 2 cooperative events and hope to hang on through round 3, another strong round for them.  UC Lab usually dominates the individual round 1, and even though we had beaten them some years in the later rounds, the deficit from the individual events was always much too great to overcome.

And so, on Saturday, we were feeling  confident when found ourselves tied with the great team from Chicago after 1 round 404-404. Finishing first overall in Algebra II and Pre-Calculus had compensated for a weak finish in Algebra I. But rather than put up the kind of strong round 2 performance we were expecting, we stumbled a bit, ironically putting up a weaker score in the calculator team event than we normally would (apparently, we had temporarily set our Nspires set to float 3 rather than float 4, which caused some rounding mistakes). The first half of round 3 wasn’t disastrous, but didn’t help, and with only the relays to go, we trailed by 26 points.

Unlike most of the other events, the standings from the relays aren’t released until the awards ceremony. While we had no idea what the other schools had done, we knew we’d put up a monster score. Our old record in the relays had been 76 points. On Saturday, we scored 118. While we felt good about that, the tests do vary in difficulty quite a bit from one year to the next. Maybe, we worried, UC Lab’s scores were just as strong as ours. But when the relay results were announced, we realized the momentum had shifted. Our freshmen had recovered from their weak individual performances to help the two freshman-sophomore relays finish 1st and 2nd overall. The junior-senior relays were almost as a good, with a 1st and 8th place finish. 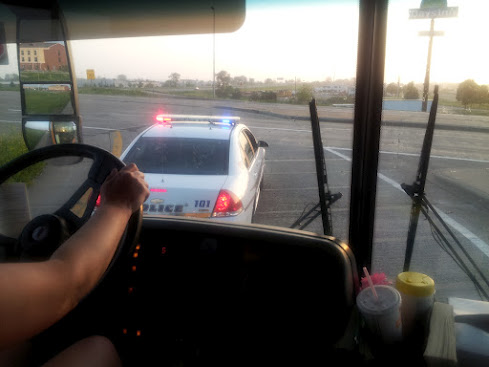 A few minutes later, it was official. We had scored 794 points to UC Lab’s 775, becoming just the second downstate school ever win our division. A celebration broke out that didn’t truly stop until our bus was greeted back in Morton by a police escort and the team parents.

Obviously, I talk about graphing calculators on here a lot. I’d be remiss if I didn’t mention what a huge part of our success the TI-Nspire CAS has been. Almost all of the events in our Illinois competition do allow graphing calculators. Back when we started coaching the kids for the 2007 season, we were primariliy using a combination of the TI-89/TI-92, which we liked, but they just weren’t as intuitive to the kids as we wanted them to be. When we saw the Nspire CAS demonstrated in detail by a T3 teacher, we knew we had to make the jump. Obviously, they aren’t cheap . We actually did an annual car wash every year for four years to raise the money to buy Nspires for the team. The administration also helped us by finding money in the budget for a few of them along the way. 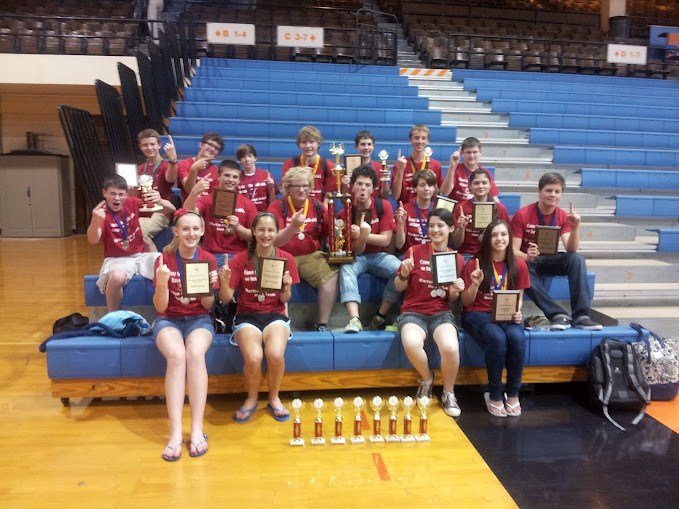 Hours training the kids on their calculators the first couple of years became minutes after making the change to the Nspire. Instead of spending their time learning calculator syntax, they spent their time using the Nspire to problem solve.  A lot of factors have gone into our gradual but consistent climb up the rankings the last few years, and it’s impossible to say how much exactly is due to graphing calculators. We’ve also constantly refined our training methods, have very supportive colleagues in our math department that have tweaked the curriculum when the competition exposed weaknesses, and have an amazing group of students that continually pass down the strategies they’ve learned as new students join the team. But I will say this–The margin of victory on Saturday was very slim, and I don’t think we would have pulled it out without our TI-Nspire CAS’s. The kids proficiency on them gave us the extra advantage we needed to clear that last hurdle and win state.