Calculators for the ACT 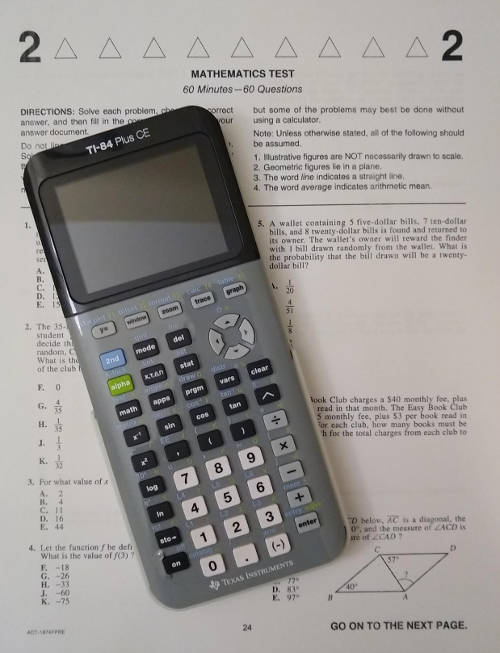 The TI-84 Plus is the most widely used calculator on the ACT and the best version is the TI-84 Plus CE. Click the button below to see it on Amazon.

One of the most common students ask before taking the ACT is, “Can I use my calculator on the test?”  The answer is yes… but be careful.  You do have to be careful to stick with the ACT’s list of approved calculators. Basically, any of the following features on a calculator means it will be banned from use on the ACT:

Also, if your calculator makes sounds, it has to be muted. If it has a paper tape printout feature, that has to be disabled (seriously, why would you bring an adding machines?)

What Calculators Are Acceptable on the ACT?

What Calculators are prohibited on the ACT?

While most Texas Instruments calculators are fine, you are NOT going to be allowed to use any of the following:

Can You Have a Backup Calculator on the ACT?

One important note on the ACT rules; you are allowed to bring more than one calculator.  You can only have one out at a time, but you can switch whenever you feel like it with the spare you have under your desk.  I would strongly advise you to bring a backup calculator in case your primary has a problem. For more info:  ACT’s calculator policy page.