Born Bad at Math? Beyond the Media Hype 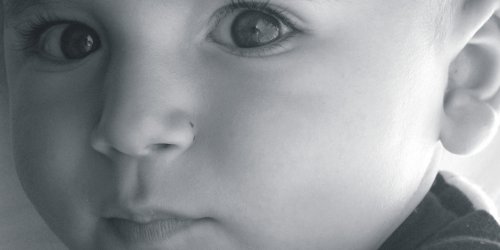 The Huffington Post is just one of numerous media outlets reporting on a Johns Hopkins research study about number sense in pre-schoolers. Essentially, the study showed that even though the kids hadn’t learned much in the way of in the way of formal mathematics, it was possible to measure their number sense abilities already. Further, those with better number sense also scored highly on tests that would predict the kids’ future mathematics ability.

The relationship between ‘number sense’ and math ability is important and intriguing because we believe that ‘number sense’ is universal, whereas math ability has been thought to be highly dependent on culture and language and takes many years to learn.

Research that advances our understanding of how the mind functions and learns is terrific. However, the headlines and conclusions people seem to be jumping to in the articles reporting this research are downright ridiculous for two reasons.

Just look at some of the headlines:

Can you imagine these things being written about a person’s athletic abilities? We all accept that not everyone is born with the physical capabilities of a Michael Jordan, Peyton Manning, or Logan Tom. We don’t need a research study to tell us that. And yet, who would accept similar conclusions about fitness and sports? No need to go out for little league, Tommy, you just weren’t born with major league potential. Thinking of running a 5K, Suzie? There’s really no point. The body you were born with won’t ever allow you to go below 20 minutes. It’s better to accept it and just enjoy your potato chips on the couch.

We’re all born with a range of gifts and weaknesses, but our learning shouldn’t be determined by them, at least when we are speaking of young people. Just because a child isn’t born with a Fields Medal in their future doesn’t mean they can’t learn enough to be proficient with a spreadsheet, make informed financial decisions, or just do some general problem solving. And here’s another crazy thought. Maybe, just like the non-gifted runner who gets a sense of satisfaction despite struggling to finish their 5K in 30 minutes, there are some people out there who can feel good about success in learning mathematics even if it’s not the most advanced.

To the educators reading this, I know I’m preaching to the choir. I think most teachers who have been in education for any amount of time already understand there are a range of abilities in their students, but all of those students are capable of learning and improving in mathematics. My frustration is with the media, and to some extent, the general public. There seems to continue to be an attitude among some that it’s best to just accept it if “you just can’t do math,” something that’s not seen acceptable if you change it to “you just can’t read.” I hope to see an attitude shift in my lifetime, but the headlines of the last few days don’t make me optimistic.